Day 1 : Leh – Hemis
Drive from Leh (3500 Mts.) to Hemis (3505 Mts.) visiting some of the Monasteries on the way. Spend the night in Hemis to acclimatize and visit the impressive monastery.

Day 2 : Hemis Spend the day at Hemis
Acclimatize and prepare for the trek. The day is free to visit the Gompa and the meditation quarters of the monks. Get to know your trekking team and have a informal briefing about the trek.

Day 4 : Chogdo – Base of Kongmaru La (3 hr.)
Trek uphill for about three hours to reach the small campsite at the Base of Kongmaru La Pass (4800 Mts.). This place is frequented by Blue Sheep/Bharal and good photographs of them are possible for early risers.

Day 6 : Nimaling – Langtang Chu (3-4 hr.)
Climb the small ridges behind Nimaling and get closer to Mt Kangyaze. After crossing some hard rocky trails descend to Langtang Chu (4750 Mts.) where there are numerous camping sites.

Day 7 : Langtang Chu – Zalung Karpo La – Sorra (7-8 hr.)
There is some very exciting trekking to be done on this day. The ascend to the top of the Zalung Karpo La (5100 Mts.) takes about four to five hours. There is a ridge walk from the top of the Pass to another small Pass and then down to the Valley floor and Sorra (4200 Mts.)

Day 9 : Dat – Yar La – Lungmo Che (6-7 hr.)
The trek to the top of the Pass Yar La (4950 Mts.) is not as hard as the past two passes. There are fabulous views of the Rupshu plateau from the top of the pass. Easy descent to the Village of Lungmo Che takes a little more than an hour.

Day 10 : Lungmo Che – Lun (5-6 hr.)
Trek to the Lun (passing a few villages on the way. Camp 3 kms before Lun, the area is inhabited by Tibetan Nomads called Khampas. Spend the next day at this camp for some well deserved rest.

Day 12 : Lun – Marang La – Camp (6-7 hr.)
The trail from Lun is through a very pretty plateau. The valley is narrow till the top of the Marang La (5270 Mts.). The trail is well marked and frequented by Villagers before the roads open up for the summer. Camp a few kilometers before the village and army camp at Takh. A special farewell dinner will be made on this, the last day of the trek.

Day 13 : Camp – Takh – Sarchu (5-6 hr.)
Trek from Camp to Takh on the Leh-Manali road. You are picked up by jeeps and drive down to Sarchu where you spend the night in a permanent camp

Day 14 : Sarchu – Jispa (6-7 hr.)
Drive from Sarchu to Jispa over the Baralaccha La Pass. Spend the night at Hotel. 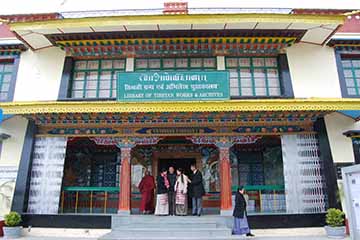